Kinds of Bears You Are Likely To Spot In National Parks 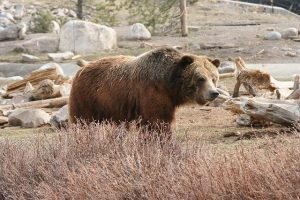 Seeing a bear so close in a national park is one of the exciting things as a visitor to a national park. Some people are amazed while others get nervous. However, an undeniable fact is that people never forget the experience of observing and knowing more about bears. Make it an objective to see the fantastic Yellowstone Bears in Idaho’s number one wildlife attraction. You will also get to spot other wildlife such as rocky mountain goats and moose. Very few people can differentiate various kinds of bears. In this article, we will discuss the most common types of bears you are likely to spot in Yellowstone Bear World and other national parks in the United States.

Recent statistics show that there are approximately 55,000 Grizzly bears living in Northern America. A large number of them live in Alaska, with only about 800 living in Montana. One feature that stands out is their large muscular humps that are unmistakable because they are visible on their shoulders. The color varies, but most of them are brown because they are a subspecies of brown bears. Adult female bears could weigh up to 400 pounds while the male ones could reach 790 pounds. To tell them apart the next time you are touring amazing national parks, you can look for the following features:

Grizzly bears feed on both animals and plants as we humans do. They mostly eat berries for plants and fish, birds, large mammals, and eggs for animals.

According to National Geographic, black bears are the most common species in North America. Just 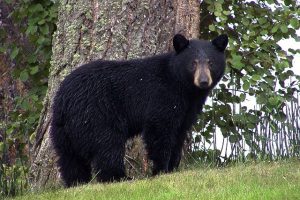 Compared to grizzly bears, black bears are faster, stronger, and excellent at climbing trees. They can reach up to 3 feet when standing on all fours. They will eat animals such as fish for their diet, but a large portion of their diet consists of vegetation. Both black and grizzly bears are not aggressive, but they both fiercely protect their young ones.

Although the park has other wildlife, bears are the main attraction in Yellowstone Bear World. You are likely to spot them early in the morning or late at night because this is when they will be most active. However, you are likely to spot one during the day if you visit the park in cold weather due to their nature.

No vacation can be complete at Yellowstone Bear World without the sight of bears. Now, you can comfortably tell the difference between the black and grizzly bears the next time you are going through your pictures of Yellowstone Bears. Grizzly bears are bigger with large claws. Book an appointment today by calling 208-359-9688 to see grizzly bears, black bears, and other wildlife.